报告题目：Cell sheets as active nematics - flow induced by integer topological defects-
报告时间：2021年7月13日(周二)上午10：00
报告地点：3号楼4楼会议室
报告人：Prof. Masaki SANO (佐野雅己)  Shanghai Jiao Tong Univ. & Univ. of Tokyo
简介：Prof. Masaki Sano is a world-leading scientist in the field of soft matter and complex system research. In May 2019, he officially joined the Institute of Natural Sciences/School of Physics and Astronomy, Shanghai Jiao Tong University as a chair professor. He graduated from Tohoku University with a doctorate in engineering in 1986. He was a professor of the Department of Physics at the University of Tokyo, director of the Universal Biology Institute, head of the Department of Physics at the University of Tokyo, member of the Board of Directors of the Japanese Physical Society, International Union of Physics and Applied Physics C3 Commission member and other positions. Prof. Sano's research is mainly based on accurate and controllable experiments, supplemented by theoretical and numerical models. He has high academic reputation and has made breakthrough contributions in the fields of chaotic dynamics, turbulence, crack propagation, biophysics, statistical physics, and active matter. For more than 40 years of scientific research, Prof. Sano has published more than 100 articles in authoritative SCI journals, such as Nature, PNAS, PRL, etc., published 6 professional books and took charge of a number of research projects of the Japan Society for the Promotion of Science (JSPS) . He was invited to give more than 100 lectures.
摘要：Active matter is a population of self-propelled elements that convert free energy into motion. Examples include flocks of birds, cell populations, biofilament systems, self-driven colloids, and shaken granular rods. Elongated motile cells often form liquid-crystal-like orientational order if the cell density is sufficiently high. Recent studies have revealed the presence of topological defects in the nematic structure of cell monolayers. Cells accumulate at the center of topological defects with a winding number of +1/2 or cells are ejected from the core of +1/2 defects for homeostasis. These phenomena have been explained by so-called minimum model of active nematics. Recently, with using microfabricated patterns to induce cell alignment, we have found that cells also accumulate at the core of integer (+1) topological defects. In addition, the direction of the flow can be reversed when the external stimuli were applied. Cells accumulate at the core of circular (+1) defect contrary to the prediction of the minimum model, while two +1/2 topological defects appeared when enough spacing at the core is prepared in the micropattern. To explain these phenomena, we propose active hydrodynamics model as an extension of the minimum model. In the presentation, I will discuss the relation between individual cell dynamics and hydrodynamic description.
Reference:
[1] K. Kawaguchi, R. Kageyama and M. Sano, Topological defects control collective dynamics in neural progenitor cell cultures, Nature, 545, 327 (2017).
[2] M. Uwamichi, K. Kawaguchi, H. Higuchi, and M. Sano, Quantification of force dipole-alignment coupling in collective neural progenitor cell migration, to be submitted (2021).
[3] H. Li, Y. Zhao, F. Serra, M. Sano, in preparation (2021). 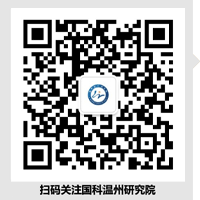